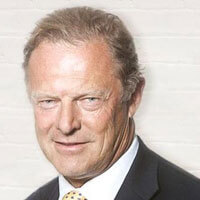 Lord St John of Bletso has been an Independent Member of the House of Lords since 1978, and has worked for over 15 years in the City in London.

Starting his career as an oil analyst, he then moved into equity sales and investor relations with Smith New Court and then Merrill Lynch, focussing on Sub Saharan Africa and the Far East.

Lord St John has served as a director on many listed and unlisted companies from oil, to telecommunications, IT, renewable energy, financial services, manufacturing and marketing services, bringing with him expertise in corporate governance, legal due diligence, financial restructuring and corporate finance.

In 1998, he was appointed Extra Lord in Waiting to Her Majesty The Queen and he is currently a Member of the House of Lords Communications Select Committee.

He has also served on the Information and PICT Committee, as well as the European Union Select Committee on Trade Finance and Foreign Affairs.

Lord St John is currently Chairman and Trustee of nine charities, and in 2015 became Advisor to Betway’s Board of Directors.