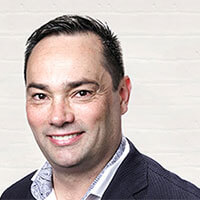 Anthony was appointed CEO of Betway in November 2017 having served as Marketing and Operations Director since 2015.

He joined Betway in 2013 and has worked in the online gaming industry since 2000 where he has held a variety of successful roles, including General Manager of a data analytics team and Director of a digital marketing agency.

He was born and educated in South Africa where he completed an economics and politics degree.